3. He switched schools after a heated debate with his first high school coach.

Twenty-one games into his junior year, the relationship between Thompson and then-St. Benedict’s coach Dan Hurley hit a rough patch. Hurley’s in-your-face, no holds barred coaching style took a toll on the young star. During a game against then-top-ranked Mater Dei, Hurley confronted Thompson during a time out. A heated debate ensued, and Thompson was sent off the court and later removed from the team. Over the next few days he made it known that he was planning to leave, resulting in a barrage of calls from the top prep schools throughout North America, all trying to acquire the top recruit’s services. The next week he transferred to Findlay Prep with his friend, AAU teammate and future Texas Longhorn Cory Joseph. There he was a top prospect going into his junior season.

Click “Next” to see the second thing you probably didn’t know about Tristan Thompson! 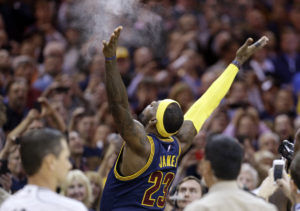