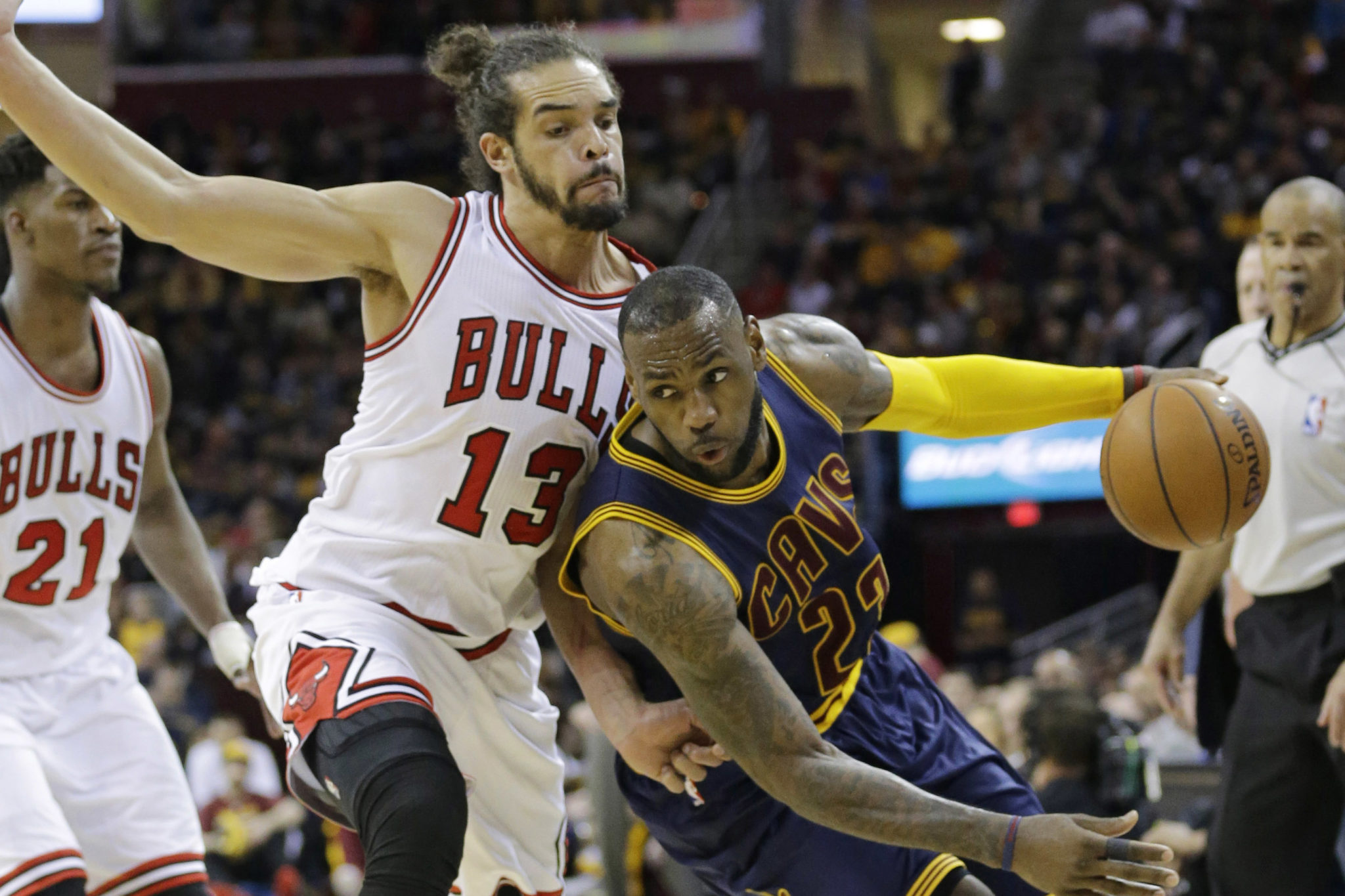 The LeBron James and Joakim Noah saga has been very colorful that one can find a variety of encounters which fits the [surprisingly] friendly, not so friendly, and nasty category. LeBron doesn’t back down on him obviously and neither does Joakim making every matchup between the Cavaliers and Bulls as entertaining as it can be. The two rivals are now locking horns in the second round of the 2015 NBA playoffs and it has surely taken their unique relationship a notch higher. On that note, we have selected 11 of the greatest moments between the two Central Division foes, including Friday night’s scuffle.

This late regular season game against the Bulls and the Cavs had playoff atmosphere written all over it. James drives through the lane against the Chicago defense and Noah rendezvoused with him in mid-air to give up a hard foul which some say could have been a flagrant, but it was deemed a regular foul.

Click ‘Next’ to see the tenth greatest moment in the LeBron James-Joakim Noah feud! JUST IN: Cavaliers Join Elite Group Of Most 3-Pointers Made In A Single Season